A journey along the former Silk Road
About

Refa brings together renowned musicians from Syria, Tibet, Iran, Afghanistan, Turkey and Belgium who are united by their desire to weave links between their music.  The group has developed an original repertoire at the crossroads between their different traditions.

After a fantastic five-year adventure with two albums, more than a hundred concerts in Belgium and abroad, rave reviews including the first place in the annual list of the Transglobal World Music Charts in 2016 and the Klara for best Belgian world music album in 2019, Refugees for Refugees has written a new chapter in one of the success stories of traditional music in recent years.
They will continue under a new name and a new line-up. Refugees for Refugees becomes Refa.

“In the first place, we want to be seen as musicians, as people and not as refugees,” says Syrian ud-player Tarek Alsayed. “Our previous name pushed us into a victim role.” The statement is clear: from refugees into musicians. 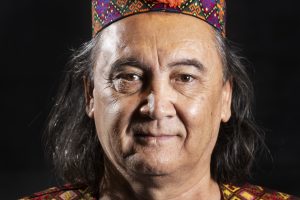 Aman Yusufi (dambura and voice, Afghanistan) was born in Bamyan in 1959. He began the dambura in the traditional milieu and quickly builds a strong reputation. On a friend’s request, he wrote a song about a lady he loved. Unfortunately, she was married to an ex-soldier, who heard the song and decided to kill Aman, who had to fly away from his country. 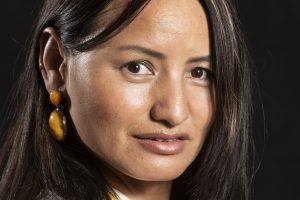 Dolma Renqingi (voice, Tibet) was born in the Tibetan mountains, in the region of Amdo. That’s where she started learning to sing when she still was a child. She built an impressive musical career until her departure to India and her final arrival in Belgium. Still very active in the community, Dolma practices her voice with the dramyen lute player Kelsang Hula, who grew up in the same region than her. 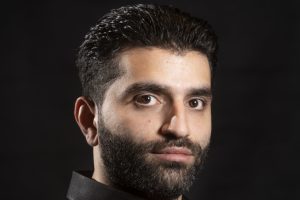 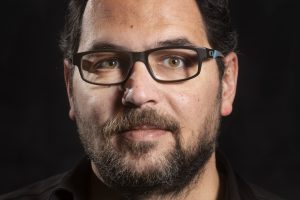 Tamman Ramadan (ney) and Tareq al Sayed (ud) met at the Aleppo Conservatory and started playing together at that time. Bad life conditions in Syria forced them to migrate to Europe where they still play on impressive stages, even though they’re separated from the rest of their band. 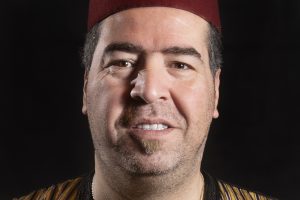 Fakher Madallal (voice, Syria) grew up in Aleppo, where his father was a renowned singer. He now follows his steps, thanks to his powerful and accurate voice that he accompanies with percussions. 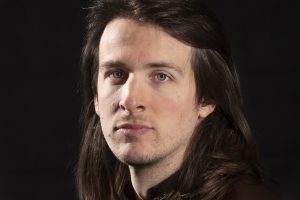 Simon Leleux (percussion, Belgium) is specialized in Middle Eastern percussions. He started playing music with what has remained his favorite instrument: the darbuka. Trained with grat masters and former student at Codarts in Rotterdam, Simon had the privilege to share the stage with musical celebrities and extremely varied projects, ranging from oriental music with Ghalia Benali to baroque music with Les Menus Plaisirs du Roy, not to forget Berber songs with Khalid Izri, ottoman music with Lâmekân Ensemble, music from the Balkans with Tcha Limberger, Nedyalko Nedyalkov, world music with Emre Gultekin/Vardan Hovanissian, Auster Loo, …. 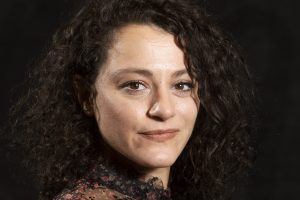 Damla Aydın started playing music at the age of 10. She studied Turkish and Western classical music at the “Istanbul Technical University – Turkish National Conservatory of Music (ITU)”. She specializes in cello and also plays the piano. She has been teaching piano, cello and Turkish music for more than 10 years. Damla Aydın has played in various orchestras and for various recording sessions in Turkey. She now lives in Belgium since 2 years and develops her own musical projects. 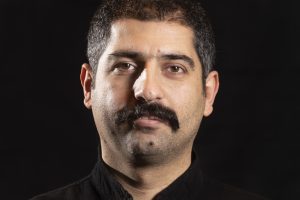 Born in 1985, Tehran, Shahabeddin Azinmehr has a Bachelor’s degree in Restoration of Historical Monuments and a Master’s in Persian Music Performance. He entered the realm of music through singing, and later began learning to play the tar and setar as well. Mohammad Musavi, Dariush Talai, Mas’ud Sho’ari, Behruz Hemmati and Reza Parvizzade were some of the masters he studied under.

He has performed in several concerts and albums as an accompanying instrumentalist. His first individual album, Showq-e Mastur, is a setar solo performance.

More musicians from the album Amerli

Ali Shaker Hassan (qanûn, Iraq) started musical studies in Iraq. He moved to Cairo with his familyin 2004, where he graduates in music in 2010. In Belgium, he plays with percussionist Feras Hassan in the Forad Duo and Wassel ensemble.

Hussein Rassim (ud, Iraq) spent five years at the Baghdad Conservatory studying lute. He founded the group Solo Baghdad. He left his country and his ud during summer 2015, and ended up in Belgium. There, he integrates in the musical networks in order to start a new musical career.

Bassel Abu Fakher (cello, Syria), from Damascus, first began with classical music before starting his own musical projects. Besides playing cello, he composes and arranges music reflecting the difficulty of living and leaving a conflictual land.

Majid Zare (tabla, Afghanistan) was born in the north of Iran. At a young age he became addicted to the rhythms of the tabla, though his strict religious environment disapproved it. The prohibition to marry his Iranian girlfriend forced them to leave the country. Today they live in a reception center in Sint-Niklaas. He had the chance to meet Aman Yusufi, who was looking for somebody to accompany him on tabla.

Basel Khalil (guitar, Syria) studied at the Damascus Conservatory. Then he lived 6 years in Russia where he continued his musical training. He spent most of his life teaching classical guitar and flamenco in Syria. Having become a street musician in Turkey, he arrived in Belgium in September 2015, and he hopes to receive a residence permit to be able to teach his passion.

Norbu Tsering (voice, dramyen, flute, erhu, Tibet) was born in Nepal, where his parents ran away from the Chinese oppression. He learned traditional instruments at the Tibetan school, but it’s his mother who passed him on her passion for flute. After having received an invitation to give conferences in Europe, Norbu stayed here and performs in the Tibetan community. He’s accompanied by Norbu Pam (guitar, Tibet).

Khaled al Hafez who forms together with Tammam Ramadan and Tareq al Sayed the band Wajd.

Shalan Alhamwy (violin, Syria) was born in Homs where he grew up with his instrument. He integrated many orchestras in Syria. He then developed a career as soloist, composer and arranger, still in oriental classical music that he loves.

“This is not only a showcase project in political and social terms, but also offers exquisite musical enjoyment.”

Refugees for Refugees: Music as a gift to society

“Above all, we focus on our music, instead of our past”

“With a refined instrumentation of strings, reeds and percussion, and the voices of Aren Dolma and Fakhr Madallal, the ten-member ensemble expresses sorrow and hope, folklore and art, contemporary reflection (‘After the dust’) and nostalgic memory.”

“In a beautiful way they weave elements from different cultures together into one universal work full of surprisingly fitting and above all beautiful combinations….A majestic world album!”

“With this second album, the ensemble, which has been slimmed down from twenty to ten musicians,
wants to focus mainly on reconstruction and find a new perspective after being uprooted,
and the songs on Amina sound a lot more cheerful than the often melancholic and nostalgic tracks on Amerli.”

***** – It’s gratifying how much chemistry the (…) artists from very different cultures find, and the standard of performance is high.

« The Musician from Diyala »

***** Refugees for Refugees is what it says : the musicians who play on it are all refugees who have made new lives in Belgium. Simply and beautifully, they play together. The instrumentation, languages and style across the 14 tracks are hugely varied, and that’s part of the immense charm of this enterprise.

Tamala
A contemporary dimension to the West-African tradition
Belgique/Senegal
The band Tamala ("travelers"), like its name, explores the infinite possibilities of the encounter between the musical (...)
Toasaves
In the footsteps of Wannes
Toasaves is a new project inspired by the rich folk repertoire of the iconic Flemish singer-artist Wannes (...)
A Contrabanda
A Contrabanda plays traditional music from Galicia (...)
A Contrabanda plays traditional music from Galicia (north of Spain) on gaita (Galician bagpipes) and percussion (tambourine, (...)