The Brussels public welcomes Hamilton de Holanda, godfather of the Chora Bruxelas Festival, without any shyness every time he sets foot at the Théâtre Molière.  The Brazilian master of the mandolin seduces, impresses.  His sold out concerts have marked the spirits so much that Chora Bruxelas and Muziekpublique are happy to invite him once more, with a new musical setup.  The name of his partner is kept secret at this time, but the public will not be disappointed.

Hamilton de Holanda is one of the greatest names in contemporary Brazilian music. This grand master of the 10-chord mandolin created his particular style, thanks to a playing technique of his own making.  He has achieved worldwide recognition.  Whether playing by himself or with an orchestra, in a small club or in front of a crowd, Hamilton skillfully surfs between jazz and samba.  His numerous collaborations demonstrate his great agility to take the Brazilian sounds to other domains:  Wynton Marsalis, Chucho Valdés, Stefano Bollani, Richard Galliano, Chick Corea etc. 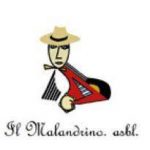